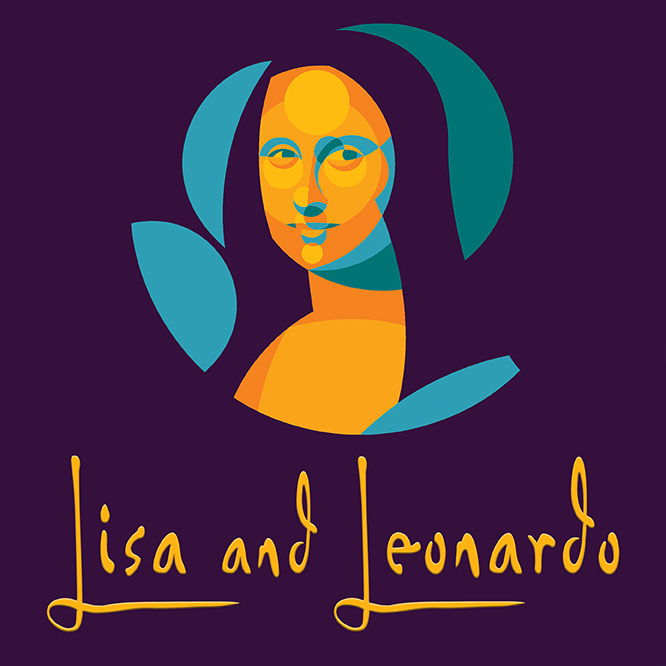 THE VERDICT: Truthfully, I’m a bit pleasantly surprised at the originality of this show’s concept: The story of Lisa (generally recognized by her acquired first name, Mona) and Leonardo Da Vinci. Leo is asked to paint a portrait of Lisa, Lisa befuddles Leo, Machiavelli chimes in with a subplot, a jealous Marchesa demands Leo’s attention–lots of happenings here in lively Florence. Any inclination towards the seriousness of Classical Artistry dissipates relatively quickly, as the show uses the painter and his subject more as a jumping off point for light diversions and toothless conflict of the musical comedy variety.

Like the Mona Lisa smile, there’s a depth and curiosity to Leonardo and Lisa’s relationship–when “Lisa and Leonardo” hones in on this central plot, the show is at its most self-assured and vibrant. Alongside this A-plot are a few other B-, C- and D- plots that are pleasantly presented but feel like an excess of adornment. Even so, the fluff is handsomely performed by a game cast.

All in all, “L and L” is airy but polished, and much funnier than the premise would suggest. (Even Machiavelli gets his jokes in.) We have some good fun, even if it’s not exactly one for the ages.

Here’s your point-by-point on what stood out:

WHAT IT’LL GET NOMINATED FOR:

I was surprised by how much more interested “Lisa and Leonardo” is in frocliking over ruminating. Nothing wrong with that, really; just considering the subject matter one might expect more of the Da Vinci-style subduedness.

The way I see it, there are two avenues this show could go down: One, you could capitalize on the fun and make it one of those Musical Comedies With A Couple Serious Moments. Two, you could find more of a middle ground–bring out the quiet moments when the play feels the most subdued, while .Two ways to go–measured or more airy. I think either would benefit the production–as is it feels more as if it’s straddling than gracefully flying between thoughtful and frenetic. Either would be lovely.