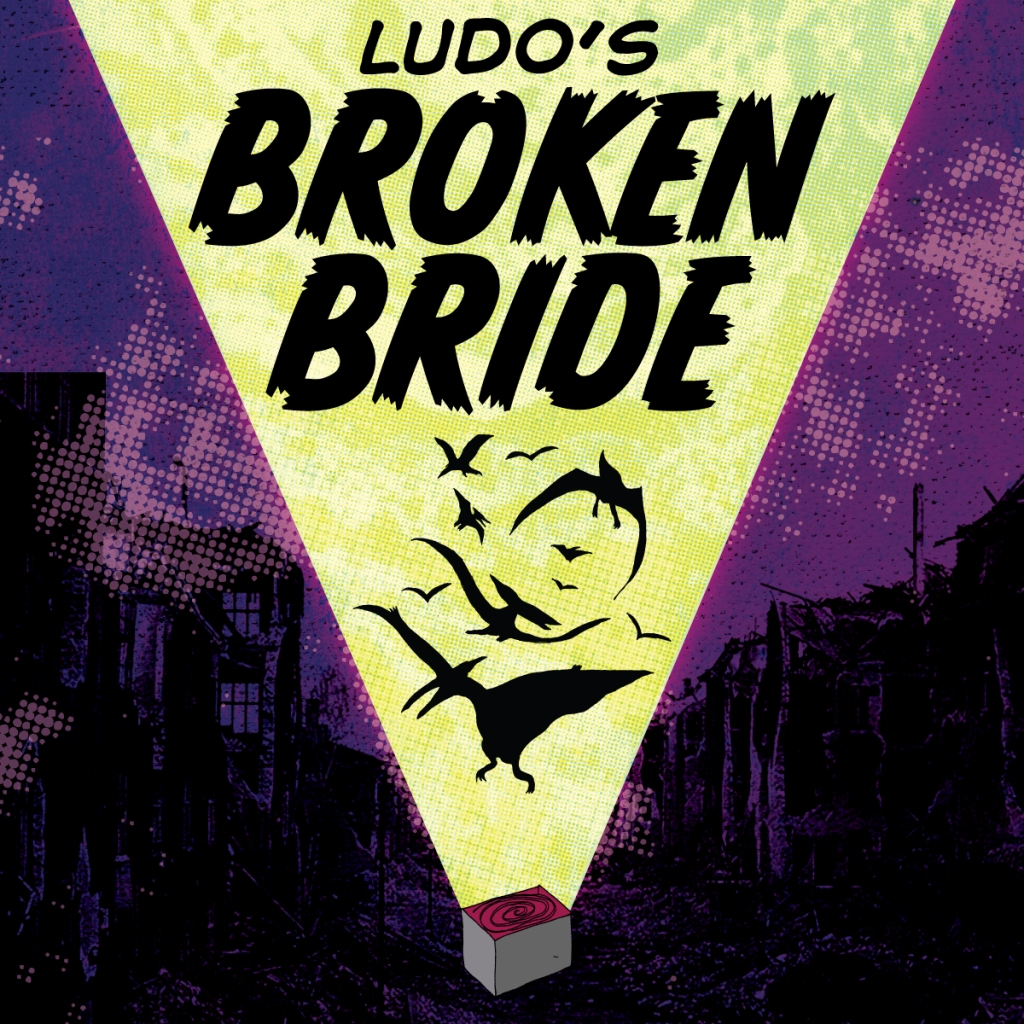 When you watch a cheesy action movie (say, from the 80’s), do you care about the finer details of the plot points? If yes: You might be missing the forest for the trees, but hey, you do you. If no: Come check out “LUDO’S Broken Bride,” a delirious, brilliantly weird and wry rock musical. Ok, here we go: Tom is a physicist who travels back in time to keep his wife from being killed. But he misses and goes to prehistoric times. At which point he befriends a strange, growling mammal he names Hawking, while reminiscing about how he fell in love with said wife, and now we’re at a memory flashback frat party, and I think we’re sort of in a 80’s rom com? And that’s the first 15 minutes or so.

Needless to say, “LUDO’s Broken Bride” is (and I use this word lovingly) totally wacked out.  LUDO, if you don’t know them, are an alt rock band from St. Louis, who clearly have a manic yet soulful style. The music is catchy, driving, and totally irreverent. It has a feel of an extended music video, back in the days where some music videos were almost short stories tailored to a band’s whims. If you step back and look at “Broken Bride” as a Serious Musical, there are definitely problems–mostly that most dramatic plot points feel arbitrary, and the flipping back and forth between timelines gets tangled up here and there. But it has more of an opinion on what’s really riding underneath a storybook, cheesy rom-com love story–and is much more introspective than you might take it for on first glance. And it’s a fun enough ride that I was rocking out regardless.

Here’s your point-by-point on what stood out:

WHAT IT’LL GET NOMINATED FOR:

I can totally imagine “Ludo’s Broken Bride” running in a hip joint somewhere–maybe a concert hall, or a tour, rock style. I think the show is already exactly what it desires to be–sure, you could tune up some of the plot, make the throughline a little clearer, maybe expand the set. But kudos for the self assurance–wonderful to see a mid-development work at NYMF so sure of itself already. Rock on.